Think tank Beyond Zero Emissions will release its report ‘Rethinking Cement’ to kickstart a conversation between the government and industry to help achieve zero carbon cement.
News Image 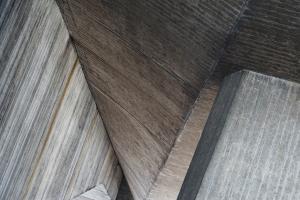 Think tank Beyond Zero Emissions will release its report ‘Rethinking Cement’ on August 18, 2017 to kickstart a conversation between the government and industry to help achieve zero carbon cement.

Michael Lord, head of research at Beyond Zero Emissions, said cement accounts for around eight per cent of the world’s greenhouse gas emissions, with about four billion tonnes of cement globally produced and a significant amount of carbon dioxide released in the process.

To deal with this, ‘Rethinking Cement’ lays out a 10-year pathway to zero emissions based on four key strategies.

The first two strategies are based on using alternative cement such as geopolymer cement, which does not need to include limestone-based ingredients.

Lord said geopolymer cement-based concrete even has some advantages in some situations over regular concretes, such as being more resistant to certain corrosive or hostile environments, and has been used in projects in both Australia and overseas.

For example, the Brisbane West Wellcamp Airport, which became operational in November 2014, was the world’s largest geopolymer concrete project, using some 50,000 cubic metres of the product.

“Geopolymer doesn’t have any process emissions when you make this cement. The reactions and the manufacturing occurs at room temperature, rather than being a very high energy process like regular cement,” Lord said.

“Most of the emissions come from the manufacture of the alkali activator, but they’re largely electricity-related emissions. If we had 100 per cent renewable energy, which we’ve already shown you could have, then they’d be zero emissions too.”

The report also details high-blend cements, which are more like traditional Portland cement as they still contain some limestone-based clinker.

But Lord said high-blend cements could replace 70 per cent of clinker with other materials to reduce carbon intensity, with the Crossrail project in London using a 50 per cent clinker substitution across the whole project.

The report also looks at mineral carbonation, where a natural magnesium silicate – a rock-like serpentine – is reacted with carbon dioxide at a cement kiln. This in turn produces magnesium carbonate, which chemically locks away carbon dioxide in a stable rock.

This magnesium carbonate could then be sold as a road base, an aggregate or a building material.

“But if you could capture the carbon dioxide in-situ, without having to store it in a geological place and turn into something useful, we think that that has got potential.”

The final strategy detailed in the report is to use less cement and keep demand flat between now and 2027 by designing structures more intelligently to use less concrete and using timber for a greater proportion of buildings.

“If you build a building using timber products such as cross-laminated timber and laminated veneer lumber, you can replace almost of the steel and concrete,” Lord said.

“With that combination of using timber and designing buildings and structures to use less concrete, we think we can reduce concrete demand and therefore cement demand by about 14 percent by 2027.”

Meanwhile, a fifth strategy proposes more research be carried out into carbon negative cements, such as using magnesium silicate rocks to make an alternative type of cement. Lord said these rocks could absorb carbon dioxide and potentially absorb half a tonne of carbon dioxide for every tonne made using this type of cement, but more research is needed to determine if such cements can be commercially viable

The recommendations include amending standards to allow more of the novel technologies for cement and concrete. For example, standards don’t currently allow the use of metakaolin in cement and concrete or a high proportion of crushed limestone in certain circumstances.

Another recommendation includes introducing a carbon price to provide the cement industry with an incentive to reduce emissions and introduce national targets.

‘Rethinking Cement’ also recommends incentives to expand softwood plantations on land that has already been cleared; for rating tools such as Green Star to provide greater incentives to reduce the clinker content of cement; for the cement industry to set itself a long-term target to achieving zero carbon cement; and for engineering students to be taught that there are more options than just Portland cement.

While the report is aimed at starting a conversation with the government and industry, Lord is also hoping it will raise the profile of cement-related emissions and the low-carbon solutions.

“People don’t talk about it as a problem, and when they do, the response is often to say, ‘That’s too hard to fix at the moment.’ We want to challenge both of those things,” he said.

[Photo by Dmitri Popov on Unsplash.]