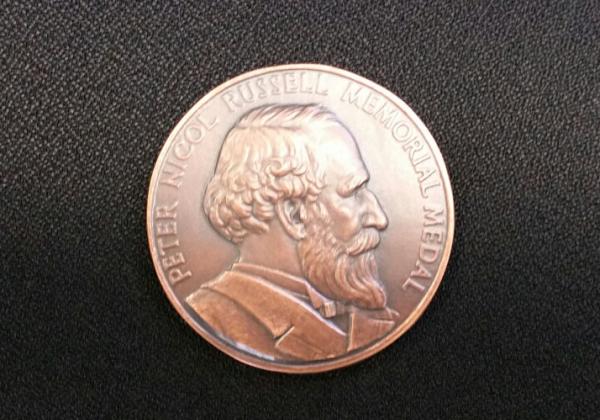 The Peter Nicol Russell Career Achievement Memorial Medal is the most prestigious award conferred by Engineers Australia. It is presented annually to an Honorary Fellow of Engineers Australia who has made a notable contribution to the science and/or practice of engineering in Australia.

The award perpetuates the memory of Sir Peter Nicol Russell, a Sydney industrialist during the latter half of the 19th century, who made major donations to the cause of engineering in Australia.

The PNR Medal is awarded to individuals who represent

✓ The highest technical, professional and community service standards of the profession of engineering

✓  Outstanding examples of leadership and management within the engineering industry

Nominations for this award may be made by any three members of National Congress:

Only Honorary Fellows of Engineers Australia will be eligible for nomination.

The criteria for this award includes:

As further expressed by contribution to:

NOTE: Nominees do not need to meet every area of the above criteria, however these are provided as a guide for nominators, who will be asked to address the sub-set areas where relevant to the nominee and their career.

Learn more about the nomination process for the PNR Medal from the Submission Guidelines and Terms & Conditions featured below.

The online nomination process has been updated to make it easier to nominate.

If you have any further questions about the submission process, don't hesitate to contact us at [email protected]

Nominations for this award may be made by:

With a distinguished academic and consulting career spanning almost six decades, Professor Harry Poulos AM is a world expert in pile foundation design whose work has underpinned many of the world’s tallest buildings.

He has transformed the geotechnical understanding of how structures interact with the ground and developed more reliable design approaches that have superseded previous procedures based on empirical experience.

Professor Poulos has applied his research to a wide range of projects internationally, including buildings such as the Burj Khalifa, the world’s tallest building, as well as freeways, bridges, tunnels, mines and more.

A Member of the Order of Australia, Professor Poulos has published four books and over 400 technical papers, and contributed heavily to the international geotechnical community. He has been recognised with the geotechnical engineering profession’s highest prizes, honorary positions, memberships and awards. These include the Rankine Lecture (UK), Terzaghi Lecture (USA) and the Kevin Nash Gold Medal of the International Society for Soil Mechanics and Geotechnical Engineering.

Professor Poulos is a most deserving recipient of Engineers Australia’s highest honour, the Peter Nicol Russell Memorial Medal, which is awarded annually to an Honorary Fellow who has made a notable contribution to the science or practice of engineering in Australia. Recipients of the Medal represent the highest technical, professional and community service standards of the profession. 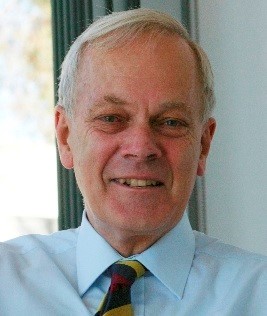 Professor Brian Anderson is an epitome of engineering, his quintessence inspiring many generations of engineers across the entire profession, and his ubiquitous contributions laying the foundation of electrical engineering research and education across Australia, deeply influencing the practice of engineering within Australia’s broad range of industries, all inspired by bettering the community. He is known as a legend in control engineering across the planet, a gift to Australia.

Professor Anderson succeeds and shines in every facet of the profession. His remarkable intellect has seen his works span a compendium of applied problems. His lively spirit coupled with such know-how has seen him provide advice to Government and Prime Ministers spanning several decades as well as lead automation globally as International Federation of Automatic Control (IFAC) President. His pursuit of excellence via a mind of inquiry has provided insights into mystery, fostering the new field of information, communication and technology, arising in the birth of National ICT Australia (NICTA).

Professor Anderson truly brings balance not only to applied problems but the profession and the community, always aiming for the best standard in both the science and practice of engineering. The Peter Nicol Russell Memorial Medal would be a becoming award well earned. 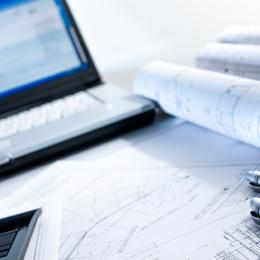 Start time: 9.00am AEST. Delivered by the American Society for Civil Engineers, this short course will develop your project management and leadership skills to manage the engineering design process. 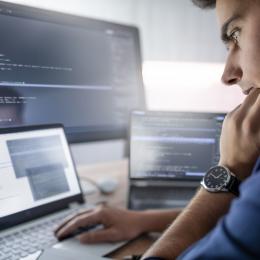 This webinar looks at how NIST/ NICE standards have been drawn on in Australian professional standards and curriculum models to aid with recruitment, skilling and other workplace cyber security issues. 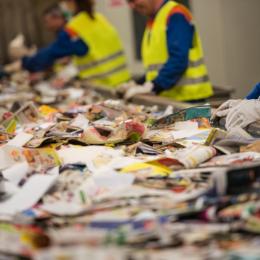 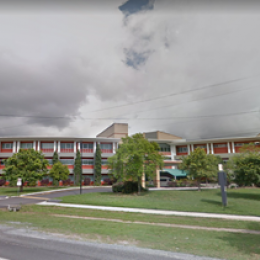 Meet the 'Smellicopter.' Engineers in the US have developed an autonomous drone that uses a live moth antenna to de… https://t.co/5kYc0NYQNW

A new CSIRO study demonstrates that artificial intelligence (AI) can be used to influence human decision-making by… https://t.co/rswKuXKtyN

When Daniel Bosco, Founder and Director of Bluey Technologies, got an enquiry on social media about buying his comp… https://t.co/54HOEgE01U

The giant container ship Ever Given was successfully refloated almost a week after it became lodged in Egypt’s Suez… https://t.co/YhiPJ8k4Ri

Stroke patients in rural and remote communities currently have to travel hours to receive time-critical care. A mul… https://t.co/bkCt5bMUXG

Plans to close a critical product testing facility in Australia could have far-reaching implications for local manu… https://t.co/hkRurWdoPu

“I think that there's always progress and changes and engineering solutions that come out of failures and fault - t… https://t.co/FqeUcSvyRQ