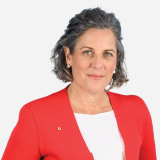 Prior to joining Engineers Australia, Ms Madew was CEO of Infrastructure Australia overseeing the organisation's critical role in helping governments prioritise projects and reforms that best serve our communities.

Ms Madew served as CEO of the Green Building Council of Australia (GBCA) for 13 years. In acknowledgment of her contribution to Australia’s sustainable building movement, Ms Madew was awarded an Order of Australia in 2019. 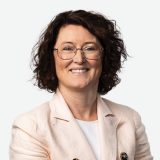 Claire Foo commenced in her role as Chief Digital and Technology Officer at Engineers Australia in August 2021. Claire is focused on building the organisation’s digital capabilities and offering through a significant digital transformation. Claire leads the Technology and Data and Analytics functions to lead and champion the use of information, data, insights and technology. Her focus is building the digital maturity of the organisation to enable a digital ecosystem that enables, inspires and advances engineering in Australia.

Prior to her current role, Claire was the Chief Information Officer of the Victorian Department of Environment, Land, Water and Planning and before this of the Department of Environment and Primary Industries. She has held roles across the public sector in spatial information and strategy and represented Victoria in cross-jurisdictional spatial information boards and councils. Claire has experience across both the private and public sector and has held roles in the technology sector and banking.

Claire is a graduate of the Australian Institute of Directors and holds a Bachelor of Arts and a Master of Business Administration from the Melbourne Business School. 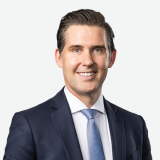 With a Bachelor of Mechanical Engineering (first class honours), Michael has more than 25 years’ domestic and international experience. Michael has worked across the manufacturing, finance, and professional services sectors with Ford Motor Company, Pacifica Group, National Australia Bank, Deloitte and PwC. His career journey has seen him go from fitter and turner, to engineer, to consultant. Most recently, he was a Director of Business Operations Consulting at PwC where he led the firm’s process excellence capability. 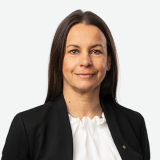 She has qualifications in Engineering (Mechanical) and postgraduate qualifications in International Relations. Jane has previously worked as a senior advisor within the strategy unit of the Department of the Prime Minister and Cabinet and as a management consultant in the financial services sector. Most recently she was Founder and Director of Ponder Enterprises, where she used her engineering skillset to address complex societal challenges. Jane also developed a conceptual model and practical techniques for complex problem solving which she taught at universities and to staff from Commonwealth and State and Territory government departments. 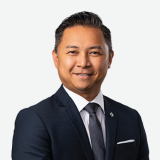 Ricky joined Engineers Australia in October 2020 as the Executive General Manager of People and Transformation. He is now the Chief People and Strategy Officer.

During his career Ricky has held several HR leadership roles and most recently was the Director – Human Resources for the CSIRO, leading a team of more than 100 across Australia. Ricky’s strong business acumen and track record of delivering impact has positioned him to be a valued business partner across many industries including research and development, technology and the public sector. He has a strong focus on driving business outcomes through shaping organisational culture, developing high performing teams and creating exceptional employee experiences.

Ricky is responsible for the People and Strategy Group including internal communications, change, business transformation, strategy, culture and people. The group’s focus is bringing together our strategy, talent and new ways of working to deliver on our purpose to advance society through great engineering.

Ricky is a graduate of the Australian Institute of Directors and holds a Bachelor of Science (Psychology) with Honours. 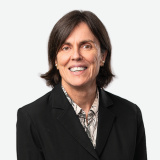 Jane is a graduate of the University of Sydney in Economics and Law. Her post-graduate qualifications include a Graduate Diploma in Applied Finance and Investment from Finsia and a Masters in Management from Cornell University (US), and the Australian Institute of Company Directors (AICD). 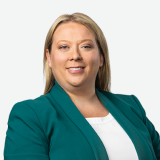 Sarah Jenkins has focused her career on delivering a positive social impact and has more than 15 years' experience working for engineering professional bodies in the UK and Australia. She has led the strategy functions at the Institution of Engineering and Technology - the UK equivalent of Engineers Australia, and at Cancer Research UK, the UK’s largest fundraising charity.

Sarah is responsible for member services at Engineers Australia including CPD, customer service, assessments, volunteer support and local engagement across Australia and our international chapters. Her mission is to work with members and employees to grow Engineers Australia’s positive impact in advancing society through great engineering.