Expert panel speakers will be reflecting on local and global experiences with pumped storage hydropower developments.

Pumped storage hydropower has the potential to unlock the vast potential of renewable energy in Australia and bring sweeping, positive change to power generation in this country. Based on research undertaken by Professor Andrew Blakers of the ANU, using this method of generation “Australia could transition to 100% renewable power within two decades”. Acting as a ‘battery’ for wind and solar generation, pumped hydro facilities can generate quick and sustainable power by using the earth’s natural formations – along with a little bit of engineering ingenuity.

Typically constructed in remote locations, and requiring a large and multidiscipline array of technical skills, pumped hydro projects have the potential to drive economic opportunity for regional Australia across all states.  Once completed, new operations and maintenance jobs are created, along with new tourism opportunities showcasing both the engineering aspects of the project and the sustainability credentials of this clean, green power generation method. 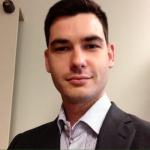 As the Chief Economist of the Department of Natural Resources, Mines and Energy, Mark works on a number of electricity and resource projects as well as with Queensland’s Government owned corporations.  Mark has spent the majority of his public service career with Queensland Treasury working on electricity and gas market public policy issues.

The Department of Natural Resources, Mines and Energy works to make the best use of Queensland’s renewable and non-renewable land, water, mineral and energy resources, and delivering safe, secure, affordable and sustainable energy and water.

Simon has an investment banking and project finance background with more than 25 years global experience with groups such as Macquarie Bank and HSBC.  Simon is a co-founder and Executive Director of Genex Power, and has responsibility for project finance and business development for the planned 250MW Kidston Pumped Storage Hydro Project and the already built 270MW Kidston Solar Project. 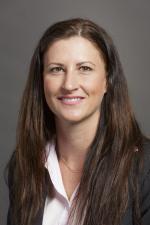 Colleen Baker has extensive experience in the design, safety management, and construction administration of dams and hydropower projects in countries including Australia, Zambia, India, Sudan, Philippines and Malaysia. Her expertise lies in team leadership, project management and design of dams and hydropower projects, but she is also frequently involved in other aspects of water supply headworks including investigations, safety and risk management. Colleen has held leadership roles in various areas of consulting engineering, and is currently a Principal Dams Engineer at GHD. She is also the current Secretary of the Australian National Committee on Large Dams (ANCOLD).

GHD is one of the world's leading professional services companies operating in the global markets of water, energy and resources, environment, property and buildings, and transportation. Established in 1928, they provide engineering, architecture, environmental and construction services to clients across five continents - Asia, Australia, Europe, North and South America - and the Pacific region. 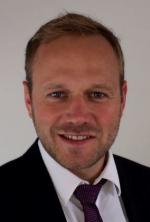 Born in Austria, Stefan Cambridge’s career began with Siemens in the Transportation and Automotive Industry. In 2008, Stefan shifted gears and found a passion for Renewable Energy joining Andritz Hydro in Graz as a Service Technician for hydroelectric power stations and large-scale pumps in Austria. As an experienced mechanical engineer, he was looking for his next challenge, so Stefan took on the position General Manager for Andritz Hydro in Australia in 2013. Stefan’s enthusiasm for pumped hydro in an emerging pumped hydro market keeps his weekdays busy and his weekends are filled enjoying his adopted hometown Sydney with his young family.

ANDRITZ Hydro is a global supplier of electro-mechanical equipment and services from "water-to-wire" for hydropower plants. They are part of the ANDRITZ Group a leading global supplier of plants, equipment, and services for hydropower stations, the pulp and paper industry, the metalworking and steel industries. ANDRITZ operates more than 250 sites in over 40 countries. It is headquartered in Austria and employs approximately 25,800 people.

Andrew has over 26 years of civil engineering experience developed through various executive and senior roles working across the full project development cycle. He specializes in the engineering and construction of hydropower and pumped storage projects. Andrew’s experience includes Chief Engineer on the 3300 MW hydropower project in China, Project Director on the 1332 MW Ingula Pumped Storage Project in South Africa and currently Hydropower Specialist on the Kidston Pumped Storage Project in Queensland. 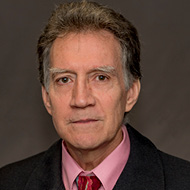 Mike has 38 years’ experience in identifying, developing, feasibility studies for, documenting, procuring and supervising construction and commissioning of renewable energy projects, particularly hydroelectric projects. He has a comprehensive technical and commercial understanding of renewables projects including due diligence, risk management and contract packaging in both Australia and overseas.

Mike has worked on a large number of hydro projects including many of the previous and current pumped hydro developments in Australia, including studies on the development of Shoalhaven, Wivenhoe, Apsley and Oven’s Mountain (in New England), Kidston, Kanmantoo, Highbury Quarry and Baroota.

In keeping with his commitment to renewable energy, Mike is a keen cyclist, despite the several attempts his bike has made on his life and well being.

Thank you to our event partner