People across Australia love heading down to the beach, as well as owning their beachfront properties and enjoying the use of publicly owned coastal infrastructure, with Perth being a particular embodiment of this sentiment. This attachment to the coastline and all it has to offer means coastal erosion stories are always big news, with stories often highlighting reactionary responses and the often-perceived lack of oversight or interest by state and local government bodies. Erosion is a natural process affecting coastal regions, which only becomes a hazard when it threatens infrastructure sited close to the coast, or the use of the coastline for recreational or industrial purposes. State government policy designates that new developments should account for coastal hazards. However, legacy coastal infrastructure can already sit within a hazard zone and requires another level of consideration when deciding the best way to provide Western Australians with access to their coastline, while sensibly managing this existing infrastructure. Quinns Beach is an example of this legacy infrastructure that has been threatened by coastal hazards. This forum will provide perspectives from four different coastal specialists on their role in the planning, design and implementation of coastal erosion adaptation measures, centering on the case study of Quinns Beach. 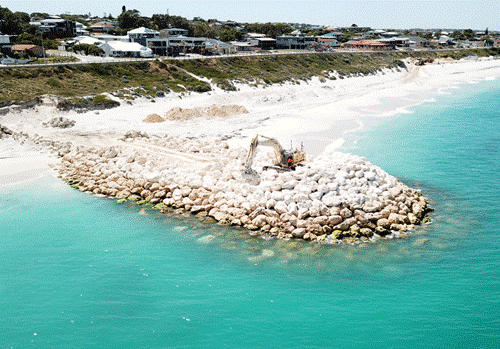 Vivienne Pannizza – Department of Planning, Lands and Heritage
Vivienne is the Planning Manager within the Strategy and Engagement sector at the Department of Planning, Lands and Heritage. Vivienne has a strong history of work within the planning sector in Western Australia and has been involved with a large range of projects, including a large number focused within coastal regions, and regarding coastal planning policy in Western Australia.

Ellena Bromwell – Department of Transport
Ellena Bromwell is a Coastal Engineer from Department of Transport WA. Since graduating from the University of Western Australia in 2007, Ellena has worked in private engineering consultancies on various projects for mining and oil and gas industries. She joined DoT WA in 2014 where one of her main roles is to administer DoT’s Coastal Adaptation and Protection (CAP) Grant Scheme. The CAP grant program has supported the Quinns Beach Long Term Coastal Management project since 2012/2013 and Ellena has been the DoT representative for this project from 2014 until present.

Daniel Strickland - Cardno
Daniel is a Senior Coastal Engineer with a broad range of expertise in coastal management, coastal processes assessment and oceanographic data collection and analysis. He has worked on various projects focused on coastal management planning and coastal vulnerability assessment, particularly along the Western Australian coastline. He has experience applying the State Coastal Planning Policy to determine coastal setbacks for future timeframes and has undertaken Coastal Hazard Risk Management and Adaptation Planning for multiple local government authorities, including the work carried out by Cardno for the City of Wanneroo at Quinns Beach.

Joanna Garcia-Webb – Water Technology (previous Cardno)
Joanna is a principal coastal engineer with over 15 years' experience in both the private and public sectors. She is passionate about sustainable management of the coastline. Joanna is particularly interested in coastal processes assessments, design of coastal management solutions and assisting local and state governments with coastal planning and management within the context of relevant state coastal policies. For the last few years, much of Joanna’s work has involved coastal vulnerability assessments and adaptation planning in WA and Victoria for local and state government clients. Joanna was involved in the Quinns Beach Long Term Coastal Management project from 2012 to 2016. 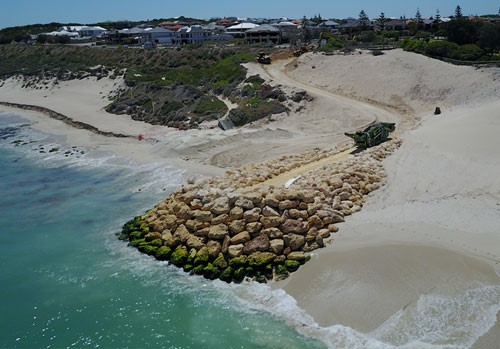