Join Dr Bronwyn Evans, CEO of Engineers Australia to congratulate Canberra Division’s newest Engineering Executives and Fellows as they are presented with their certificates.

The award of Engineering Executive and Fellow recognises the significant role that you play in shaping the future of the Australian engineering profession through recognition of your leadership and management skills and demonstrated degree of eminence as an Engineer. These post nominals communicate the well-earned prestige of engineers at the highest tier of their industry and builds on the respect and recognition accorded to the Chartered post-nominal.

The Canberra Division would like to invite you to come together to recognise and congratulate the Canberra Division’s newest Engineering Executives and Fellows as they are presented with their certificates and we also have the honour of presenting the Peter Nichol Russell Memorial Medal to Prof Brian Anderson.  The function will include substantial finger food and refreshments. 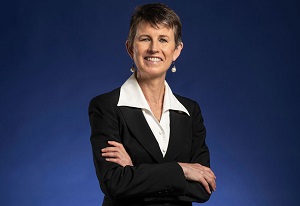 My Leadership Journey – A Random Walk

Dr Evans describes her leadership journey as a random walk because of the opportunities that have opened up to her when she said Yes! to interesting and new roles.

This has led to a career that has spanned power generation and distribution, steel production, university research and lecturing, standards setting (nationally and internationally), medical devices and now as CEO Of Engineers Australia, in both executive and Board roles.

In her address she will reflect on what success has meant and why being an engineer has placed her ideally to contribute as a leader.

Bronwyn is the CEO Engineers Australia, the Chair for the Building4.0 CRC, a Director of the Australia-Japan Foundation and was recently the CEO of Standards Australia and a Vice President (Finance) of the International Standards Organisation (ISO). Dr Evans has previously held positions in innovation initiatives, including as Chair of MTPConnect (the Industry Growth Centre for Medical Technologies and Pharmaceuticals) and was a member of the Industry 4.0 Advanced Manufacturing Forum Leadership group.

Attendance by Invitation Only