Presenters will discuss the overall project outline and key challenges, as well as a project update on the design and construction of the 3.45 km twin tunnel underground rail scheme.

Wataru is currently the Tunnel Discipline Lead on the City Rail Link C3 Contract and has 23 years’ experience in design and construction of large civil construction and underground works in New Zealand, Australia, Japan and Singapore.  Earlier in his career, Wataru worked as a site engineer on the construction of Tokyo Metro Oedo Line Kagurazaka station and tunnels, and Singapore MRT North East Line trackworks and design coordination.  Since 2000, Wataru has been working on a wide range of infrastructure projects in NZ and abroad in the consulting environment.  His recent project involvement includes the Waterview Connection (NZ), City Rail Link C2, C3 and C6 Contracts, Forrestfield to Airport Link (WA), Toowoomba Range Clearance Upgrade (QLD), WHBLT (NSW) amongst other major underground projects in Australia.

Florent Detraux is currently the Tunnel Director on the City Rail Link Project.   He has extensive experience in EPB-TBM, slurry TBM, variable density TBM and hard rock TBM as well as traditional excavation drill and blast, design and build works.  He has worked on numerous challenging projects including, the Lötschberg basis tunnel in Switzerland, the Liefkenshoek Tunnel in Antwerp and the Saverne Tunnel which formed part of the high-speed rail line connecting Paris to Strasbourg and has been involved in all large bridges and viaducts of the South Europe Atlantic High speed line between Tours and Bordeaux.  Florent has recently worked as the Tunnel Director on Phase 3 of Cairo Metro Line 3, where two TBMs will be used to accelerate progress on this 16 km complex project, include one stretch running beneath the River Nile. 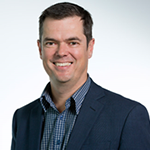 Tom Ireland is a Major Projects Director, Tunnelling with Aurecon. Tom has over 28 years experience and has worked on projects in the UK, Middle East, Hong Kong, Australia and New Zealand. He is currently located in Auckland New Zealand and is the Principal Technical Advisor on the $4.4B, 3.5km underground City Rail Link Project.