Start time: 6:00 pm AEDT. Join us as we discuss how we can deliver best practice for major infrastructure projects in 2021.

How can Australia deliver best practice for major infrastructure projects in 2021?

Join us on the global stage to hear from international and Australian speakers representing industry, government and academia, who will share insights into how Australia can combine global and local innovation and expertise to deliver best practice on major projects.

With a focus on Victoria and NSW, our panel of subject matter experts will discuss the opportunities and challenges facing the sector as we move into the post COVID era and look to optimise on engineering innovation, new ways of operating and a focus on the future.

To support the debate, the discussion will include global and local case studies, the need for new skills and knowledge and how the engineering profession can not only deliver but lead discussions going forward. 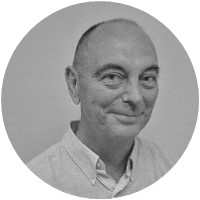 Harry Asche is the current ATS President. He is a civil engineer with 40 years’ experience and has a BE(Civil) from the University of Melbourne and a PhD from the University of Queensland. He holds a position with the University of Queensland as Adjunct Professor at the School of Civil Engineering.
Harry is Aurecon’s Design Director – Tunnels and he has provided technical leadership for many of Aurecon’s tunnels in Australia, New Zealand and Asia. Tunnels that he has worked on include the Channel Tunnel (UK), the Brisbane Rail Tunnels, New Southern Railway, Northside Storage Tunnel, both in Sydney, and S1 sewer and South-East Busway in Brisbane. Harry then worked on tunnels including the Cross City Tunnel in Sydney, EastLink in Melbourne and the three TransApex Tunnels (Clem7, Airport Link and Legacy Way) in Brisbane. In New Zealand, Harry worked on Project Hobson, Rosedale and the Waterview Connection in Auckland. Recently Harry has worked on Melbourne Metro, NorthConnex, WestConnex 2 and Central Kowloon Route in HK. Harry is the author of over 30 conference and published papers on tunnelling. 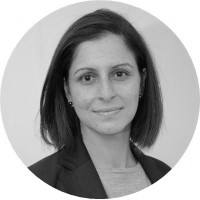 Nadine graduated from the University of Melbourne with an honours degree in civil engineering and a degree in computer science and has spent the last 16 years in the tunnelling industry.

In that time she has gained extensive experience in a range of technical aspects within the industry including the planning, design and construction of various tunnel projects throughout Australia, including Legacy Way road tunnel in Brisbane, the Westgate tunnel project and the Melbourne Metro Rail tunnel here in Melbourne.

Currently, Nadine is a Technical Director Tunnels at Aurecon and a committee member of the Australasian Tunnel Society – Victorian Branch 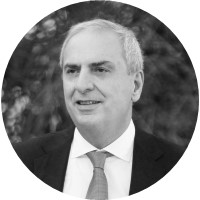 Since 1984 Remo has been working in the field of mechanized tunneling, starting as a TBM site engineer and ending up as Technical Director, for some of the most important tunnel projects executed worldwide.
In the course of its career has been involved in the execution of over 120 TBM tunnel projects, for about 1100 km of tunnels bored in the most different geologies and conditions.
Furthermore, since 1987, he has participated in the development of several innovations in tunnel and TBMs design acting as Consultant to Clients, Contractors and TBM manufactures.
Its cooperation with Webuild group goes back to the late eighties and continued until today, having been involved in the study and execution of several major TBM projects in North and South America, China, Europe, Africa and lately in Australia. From 1996 to 2007 Mr. Grandori taught a course at the Sapienza University of Rome as a contract professor on mechanized tunnel excavations. 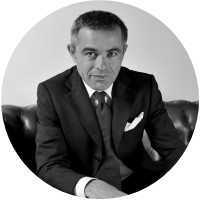 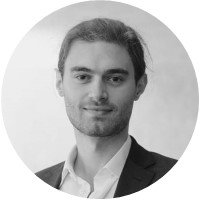 Jim is leading Infrastructure Australia's technical analysis for the 2021 Australian Infrastructure Plan - which will set out a national reform agenda and investment roadmap for Australia to meet the big infrastructure challenges of the next 15 years. He draws on qualifications in civil engineering, economics, and public policy to help government make good infrastructure decisions.

In between bringing engineering approaches to state and federal government agencies, Jim managed complex advisory projects at Arup across Energy, Transport, and Cities - including technical and commercial due diligence on over $30 billion of infrastructure transactions like Ausgrid, Port of Melbourne, and WestConnex.

As a STEM Ambassador for Science & Technology Australia, Jim advocates for the role of technical expertise in policy and grows support for STEM skills. And as a Director at analytics start-up Civability, he's helping the Victorian Government measure infrastructure performance and bring citizens into decision-making.

Please note: This session is available as a webinar only. Register to access webinar details.