Start time 6.00pm AEDT. Looking to future proof your engineering career? Or have a great business idea? This event will look at the pitches and pitfalls encountered in engineering start-ups vs the traditional engineering pathway that many engineers take.

Looking to future proof your engineering career? Or have a great business idea? This event will look at the pitches and pitfalls encountered in engineering start-ups vs the traditional engineering pathway that many engineers take. The event will aim to provide an insight to young engineers on what it takes and what is involved in a startup and to encourage young engineers to be creative, entrepreneurial and to be tomorrow’s leaders and innovators.

This event is available to attend in person or online. Food and beverages will be provided for in-person attendance along with the opportunity for networking after. 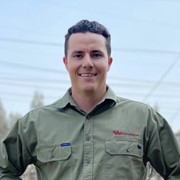 Cameron is the Co-founder and Director of Infravision, a technology startup which uses heavy lift unmanned aircraft to install high voltage power lines without the need for deforestation or exposing humans to catastrophic risk.

After co-founding Infravision in 2017, Cameron has led the company's growth and development in the delivery of world-first high voltage power line solutions. Cameron holds a Mechanical Engineering degree from James Cook University and previously worked in heavy industry engineering environments including mining and energy.  After graduating, Cameron co-founded software startup GymKey, before returning to the energy industry to focus on improving power network infrastructure and the connection of new solar and wind. Cameron has a passion for solving problems with cutting-edge, engineering solutions and is leading Infravision to implement technology-focused on directly contributing to a sustainable energy future. 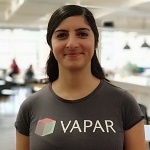 Michelle Aguilar is the CTO and a co-founder of VAPAR, a company specialising in AI for wastewater pipe issues and has been the technical lead for the company since its inception 3 years ago.  Michelle's background as a Mechatronics Engineer is in intelligent systems, software programming, and web development, with experience developing and supporting business and process automation systems across varied industries and technologies. It was this background that led her to start VAPAR with fellow engineer, Amanda Siqueira, to bring AI to a traditional, risk-averse water industry application. 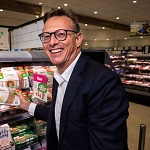 Nick Hazell is an experienced food innovator, lecturer and consultant who is CEO of Australian startup v2food. v2food is developing plant-based meat, building on a close collaboration with CSIRO to create tasty, sustainable and healthy products. v2food launched in 2019 and in 2020 landed its products in Woolworths and Coles, signed partnerships with Marley Spoon and a host of other food outlets, and secured a AU$77m Series B funding round – the largest funding round in the plant-based meat sector in Australia.

Hazell holds a Master of Manufacturing from Cambridge University. He worked in aerospace and chocolate manufacturing before moving into research and development in the food industry, working at global multinationals in The Netherlands and Australia. He was R&D Director at Masterfoods and at PepsiCo Australia and New Zealand, working on products like Grain Waves, Red Rock Deli, Sunbites and Smiths. He lectures in the Bachelor of Creative Intelligence and Innovation at UTS and has consulted to CSIRO and the meat industry.