World Engineering Day - Australia and the UN's SDGs: are we on track?

Start time: 12:00pm AEDT. Engineers Australia is set to celebrate World Engineering Day for Sustainable Development on Thursday, March 4. We are celebrating this remarkable day with a free Webinar

In addition to the webinar, some Engineers Australia offices are offering in-person celebratory events. Check out our in- persons event page for more information.

Engineers Australia is set to celebrate World Engineering Day for Sustainable Development on Thursday 4 March with a free webinar for the engineering community.

You will get to hear from the founder of World Engineering Day and member of Engineers Australia, Dr Marlene Kanga AM HonFIEAust CPEng and Professor John Thwaites AM, who will focus on the United Nations Sustainable Development Goals (SDGs). Professor Thwaites will provide an update on how Australia is progressing in relation to the SDGs, outlining where it is performing well and where further innovations including engineering solutions are needed.

As the trusted voice of the profession, Engineers Australia is the global body for engineering professionals renowned as leaders in shaping a sustainable world for the benefit of the community – we encourage you to share this event with your networks. 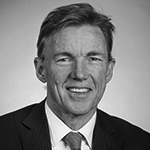 John is the only Australian appointed to The Lancet Covid-19 Commission. He has also been appointed to a number of government reviews and committee including the Victorian Government's Independent Review of the Retail Energy Market and as Co-Chair of the Victorian Cladding Taskforce.

John Thwaites was Deputy Premier of Victoria from 1999 until his retirement in 2007, prior to being elected to Parliament, he was a barrister and Mayor of South Melbourne. 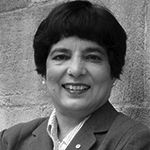 During her term as WFEO President, Marlene led the initiative for the member states at UNESCO to declare 4th March, the founding Day of WFEO, as World Engineering Day, now in its second year.

Marlene has been listed among the 100 engineers making a contribution to Australia in the last 100 years as part of Engineers Australia Centenary celebrations in 2019, among the Top 100 Women of Influence and one of the Top 10 women engineers in Australia. She is a Member of the Order of Australia, a national honor, in recognition of her leadership of the engineering profession.