If Only I Had Known That

Mike is the Principal of Assurance Management Services Pty Ltd, a Canberra based company providing management consultancy services to the building and construction industry. He has over forty years’ experience in the building and engineering construction industry and has worked in the contracting, consulting and government sectors, in particular in the design and construction of infrastructure works in the ACT.  He is a former President of the Canberra Division of Engineers Australia. In 2013 he was awarded the Medal of the Order of Australia for services to the community and engineering. 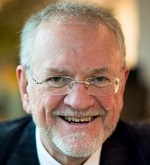 Robert is a Director of Care Collaborative Pty Ltd, focussed on strategic infrastructure advice, coaching and mentoring C-suite people, and developing high performance teams.  His experience includes being a Director/Principal in the Arup Group for 37 years.  He was a member of the Arup global Group Board from 2008 to 2014, Chair of Arup Group’s UK, Middle East and Africa region from 2010 to 2013, and Chair of Arup Group’s Australasia Region from 2004 to 2010. From 1986 to 1988 he was the Chief Engineer of the NCDC and then until 1990 he was the head of Public Works in the ACT.  In 2012 Robert was made a Member of the Order of Australia AM for his services to Engineering, Business, Humanitarian Programs and Athletics 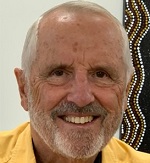 Ross, a  civil engineer was recognised by Engineers Australia in 2011 and again in 2012 as one of Australia’s top 100 most influential engineers. Ross has a long history of membership and leadership of professional bodies. He is a life member and former President of the Master Builders ACT branch. He is also a Life Member of Master Builders Australia and was a National Board member for 11 years. He was a National Board member of the Civil Contractors Federation for 18 years and is a former National President of the Federation. He was the 2016 inductee into the Earthmover and Civil Contractor magazines Hall of Fame. He has been Chair of the Capital Region Development Board, Chair of Regional Development Australia ACT,  Chair of Community Housing Canberra Ltd and Chair of the ACT’s Land Development Agency.  On Australia Day 2012, Ross was awarded a Medal of the Order of Australia for his contribution to the building and construction industry 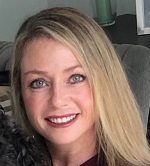 Belinda started her career as a Naval Marine Engineer Officer, and as a veteran, Belinda has worked in Defence since leaving the ADF. Initially as the engineer for Maritime programs, Belinda diversified and delivered sustainment contracts for numerous maritime platforms. Delivering Air Force capabilities for intelligence and aeronautical systems, Belinda followed Defence projects of concern with Army. Most recently focusing on Army ICT programs, Belinda is currently the Chief Engineer and Principal Engineer in Army Headquarters at Land Network Integration Centre. A single parent to a boy and girl in year 12, revision of assignments and attending sporting activities takes up most of Belinda’s time out of work hours.