Systems Engineering and Project Management share a number of significant overlaps and principles, which when working together properly, ensure project success. However, as complexity grows in technology, systems and infrastructure, there is an increased pressure to manage this complexity between the two growing disciplines - the lines between Project Management and Systems Engineering responsibilities often become blurred, leading to unproductive tension and challenges.

Please join SESA for our end-of-year event to hear from some of the recognised leaders in the Transport Sector, to share their expertise and visions on lessons learnt from successful projects in the integration of systems engineering and project management. The event will be followed by social networking with SESA and the speakers.

Refreshments and Food will be provided.

Previously Oliver headed up the Waratah train fleet introduction in Sydney, and before that independently verified rail systems and operational readiness for the Taiwan High Speed Railway. In Hong Kong he was part of MTR’s construction leadership team for two new metro lines and led major rollingstock fleet replacement programs and their integration. Underpinned by a cadetship with London Underground and early career roles in rolling stock engineering, railway performance modelling, rail systems, operations, maintenance, and major renewal projects, Oliver has a unique understanding of Metros.

Oliver is a practical career tested Engineering leader with a passion for client supplier collaboration, systems thinking, intelligent compliance, verification, and progressive assurance. Now with over 40 years of international experience, he is turning his attention to supporting the young Engineers who will deliver the Metros of the future.

Thijs moved to Australia in 2018, after commissioning, Thijs the €3.1 Bn North-South line Metro Project in Amsterdam. Thijs worked on that megaproject for 10 years and was responsible for systems integration in the last 4 years. In that period, he experienced first-hand the importance of making systems engineering and systems integration central to the management of large and complex projects.

Derek Frend is the Business Sector Director for Systems Integration for Network Rail Australia and is also the Project Director for the Systems Integrator for the Digital Systems Program. Derek has been part of the Digital Systems program full time since August 2019 and was previously involved on the original Business Case between 2013 and 2014.
Derek has been involved in many mega projects since moving to Australia in 2009 including: the South West Rail Link; Digital Systems Program; Sydney Metro Northwest; and Sydney Metro City and Southwest Programs. Derek is a Chartered Professional Systems Engineer who champions the System of Systems thinking and is an advocate of contemporary Systems Integration methodologies for large complex disaggregated programs.

Nicholas is a graduate of the Australian National University with degrees in Engineering with Honours (Manufacturing & Management Systems) and Science (Computer Science).
He has worked in the NSW government rail industry for that last 13 years. His current role is Senior Systems Engineer at Transport for NSW, where he has been working on the Faster Rail Project for 3 years.
Prior to this he worked for Sydney Trains as System Requirements Manager for the Rail Operations Centre Program and RailCorp as a Performance Improvement Engineer. 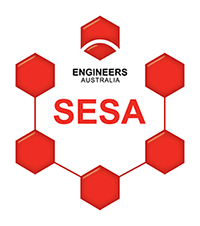