Start time: 1.00pm AEST. Join subject matter experts as they provide an overview of why cybersecurity is important in the railway industry, highlighting attacks which have been executed on railways and asking the question as to whether your systems are protected.

Cybersecurity is a hot topic worldwide with attacks being performed against multiple domains. Over the past 5 years there has been a major increase in attacks on the railway system with a number denial of service and ransomware attacks being announced.

The railway industry is clearly a target for cyber criminals, and it is clearly hard to defend due to the inherent geographical distribution and technologically speaking the railway systems are designed with safety and availability rather than any focus on security. The railway becomes more of a target now as it starts to move to computer-based systems using IP protocols and wireless communication and networking.

There has been a recent release of a CENELEC Standard (EN 50701) to deal with Cyber Security for Railway Applications where this builds on the underlying standards such as ISO 27001 and IEC 62443.

Join subject matter experts as they provide an overview of why cybersecurity is important in the railway industry, highlighting attacks which have been executed on railways and asking the question as to whether your systems are protected, with your railway network and assets being monitored for attacks.

This relevant for anyone who is involved in-

You do not need to be an Engineers Australia member to attend. 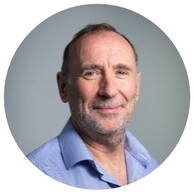 At Certifer, Hugh provides Independent Safety Assessment, Independent Certification and Safety Assurance roles for various Railway Infrastructure, Systems and Rollingstock projects across Australia. As part of the ISA work Hugh is involved in the assessment of Cybersecurity artefacts and deliverables.

Prior to moving into Systems Engineering and Safety Assurance roles in the Railway Industry, Hugh worked as a Software Engineer covering multiple domains. As part of Hugh’s telecommunications career, Hugh designed, developed, installed, and commissioned various telecommunications systems, including the design of the hardware, network, and application software. This included web interfaces and relational databases. During this period Hugh was involved in Cybersecurity, addressing vulnerability assessment, and hardening of the software, hardware, and network. 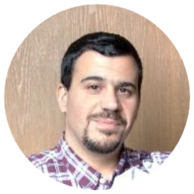 At Cylus, provides services to railway companies and projects focusing on solving practical problems and designing the right architecture to keep the clients on safe tracks.

Prior to Cyrus, Yaniv served as a lead software engineer for the Cyber R&D Division of the Israel Defense Force’s Elite Technological Unit. With other 20 years of experience in software engineering, communication systems and management of complex cybersecurity, software, and hardware projects. 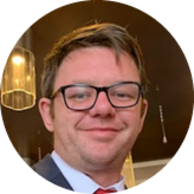 Chris is a Cybersecurity advisor and consultant for SEL-SC. Chris has more than 18 years of experience in IT administration and engineering and IT Security.

Chris has vast experience in the areas of Cybersecurity planning, design, assessments, monitoring and hardening with most of Chris’s experience being in projects in the Defence domain.

Chris has also been involved in providing Cybersecurity trainings and has recently been the lead lecturer in Cybersecurity Bootcamps at Monash and Sydney Universities.

Please note: This session is available as a webinar only. Register to access webinar details.