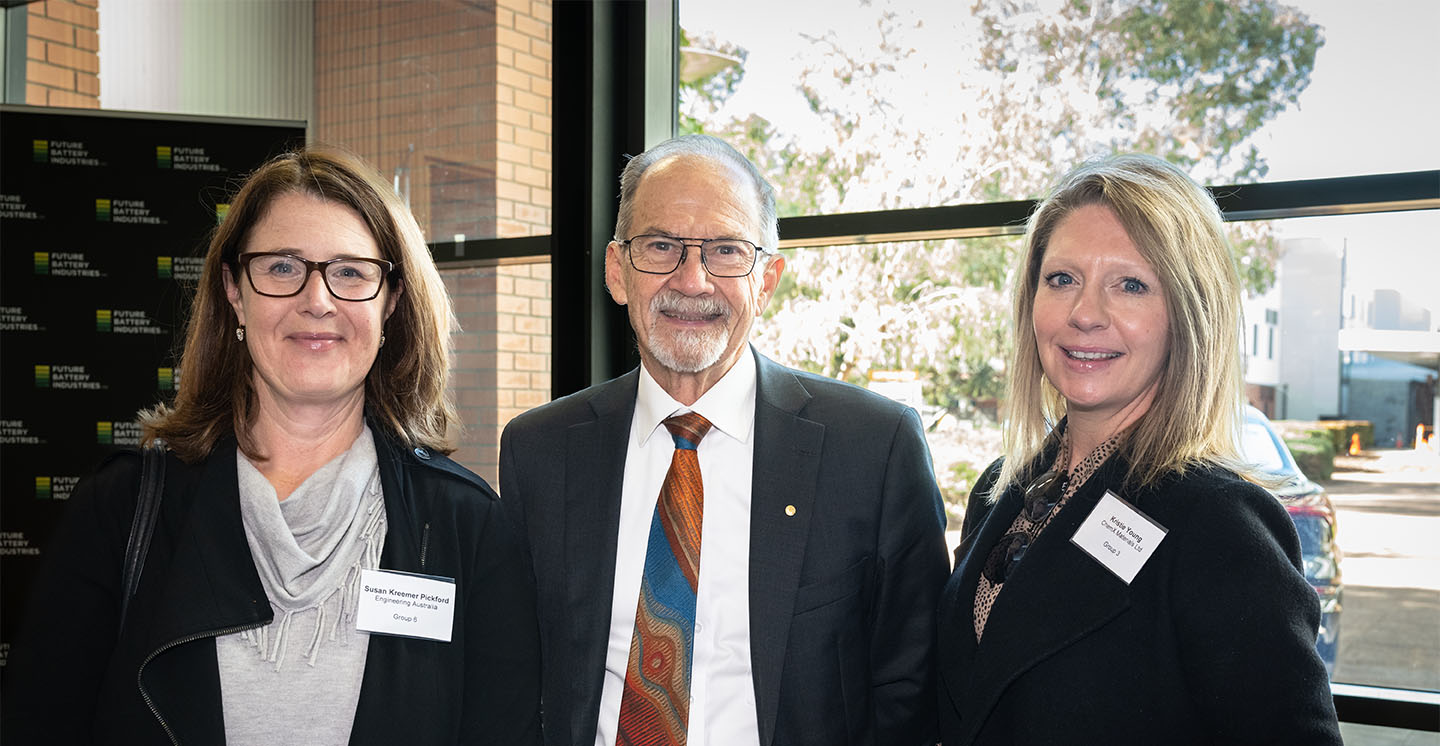 The pilot plant will establish the technology and capabilities for Australia to design and build cathode precursor manufacturing facilities on a commercial and industrial scale. Cathode precursors are a crucial element of the battery value chain, which includes nickel, cobalt and manganese.

Susan Kreemer Pickford, Engineers Australia General Manager for WA attended the launch and caught up with past WA President James Westcott, who is Project Director at FBICRC.

“Around 70 attendees were able to tour the facility, which features four state-of-the-art automated precursor cathode active materials [P-CAM] units,” James explains. “This allows it to run different compositions and ratios of chemistries simultaneously, or to run the same chemistries under four different conditions, changing variables such as temperature, pH or stirring rate.”

Representatives from the tertiary sector were also in attendance as new training programs, including micro-credentials, are needed to equip future engineers and associated trades and professionals with the relevant skills for future jobs.

Together with graphite, aluminium, lithium and copper, Western Australia produces all the elements needed for modern batteries but currently exports these minerals for processing overseas.

James says “the FBICRC was established to help Australia build its own battery industries... this facility is part of a larger portfolio of projects across the country which address the entire battery value chain from mineral processing to recycling."