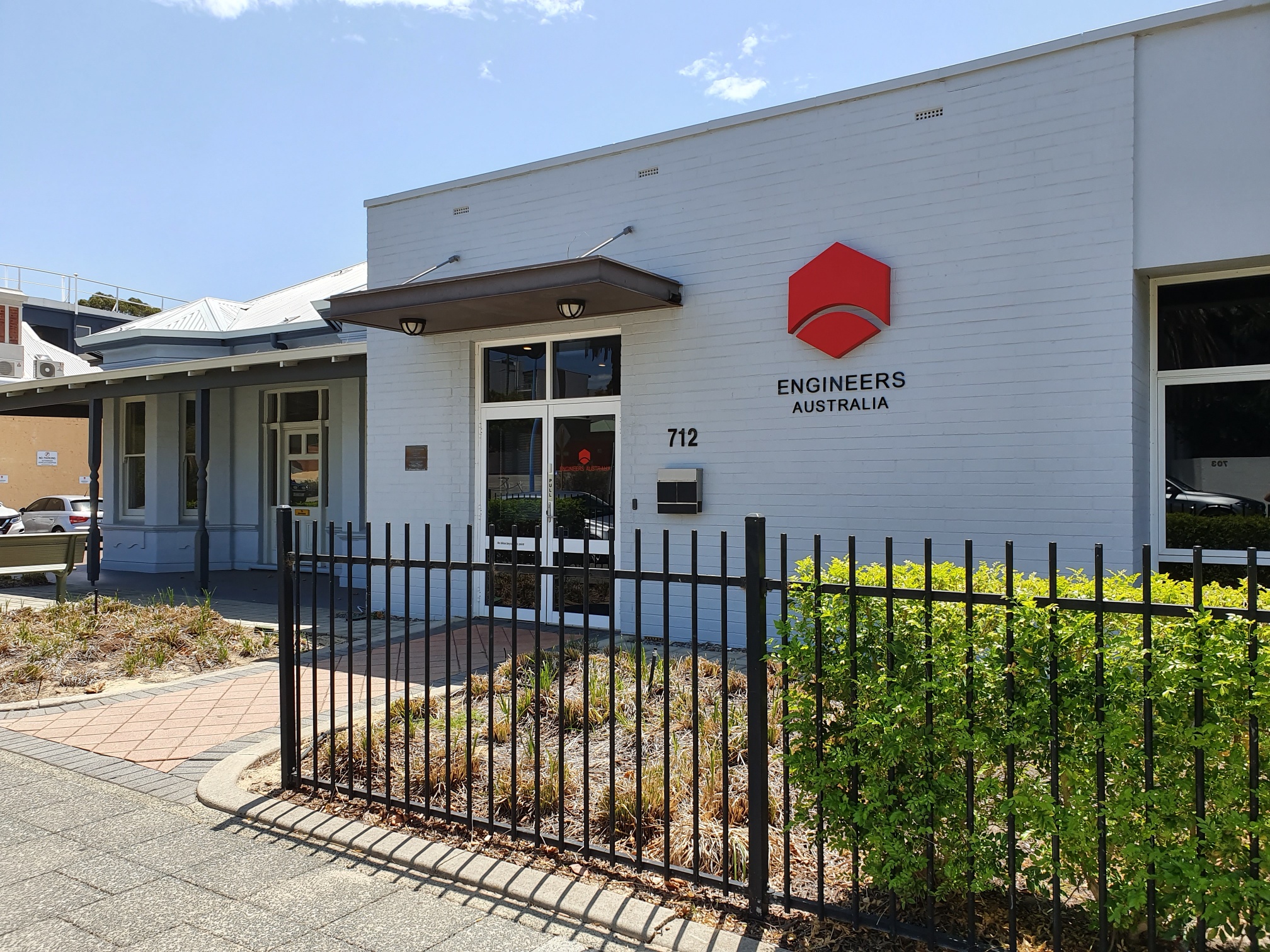 Engineers Australia will move to its new Perth CBD office in early 2023.

As preparation is underway for the move at the end of this year here is a short excerpt on the building’s history, taken from 1982 Past Chairman Mike Corboy’s retiring address presented in March 1983.

In 1957, negotiations commenced with the City of Perth to build an Assembly Hall on the vacant block and there was “considerable disagreement” with the City Building Surveyor over boundary requirements.

The Council was insisting on a ten-foot setback which rendered the proposal unviable. After a successful appeal to the Minister for Local Government, the hall was built to the boundary line.

Tenders were called in 1958 and following acceptance of the lowest tender, the news was broadcast on the ABC news service on 18 May that year.

ABC broadcasted that, “the Institution of Engineers has finalised plans for new offices and halls costing ten thousand pounds. Work on the building in Hooper Street, West Perth is scheduled to start soon. The Convenor of the Institutions Building Sub-Committee, Mr Shilbury, says the new premises are expected to be completed early next January. Mr Shilbury says the Institution of Engineers now has 500 professional engineers in Perth, plus about two hundred student members.”

Upon completion the building was named Science House. It was officially opened on 16 February 1959 by His Excellency the then Governor of Western Australia Sir Charles Gairdner and has been Engineers Australia’s base in Perth ever since.

From 6–8 December 2022, Engineers Australia’s West Perth office will be open from 8 am – 4 pm to all who wish to come and farewell this long-serving home.

We are taking registrations for the open house days to assist in managing visitor numbers. Please complete this form if you wish to come and visit the office.

If you wish to attend the end of year celebration event “Merry on Murray” on Tuesday 6 December, tickets are available to purchase now.

In mid-January 2023, Engineers Australia will open the doors to its new office on level 10 Allendale Square, 77 St Georges Terrace, Perth.

Feedback from members showed overwhelming support for a move to the city centre, with greater access to public transport options and amenities.

The selected space is being completely refurbished to provide a member lounge that includes some quiet rooms, an auditorium with seating for up to 150 people and adjacent multi-purpose function space for networking events and workshops. A separate soundproofed room “the sound hub” will provide a designated space to deliver webinars and podcasts. A parents’ room is located close to reception. A critical factor in member support for the move was finding a property that achieved a minimum NABERS rating of 4.5 stars and delivering a fit out that aligns with our sustainability goals.

We are asking members to suggest names for the auditorium in our new building. Please submit your ideas to [email protected] with the subject line 'Auditorium name suggestion'. All ideas will be reviewed by the WA Division Committee and the name confirmed in the new year.