Learn about the Board of Engineers Australia.

The Board is Engineers Australia's governing body. It appoints and monitors the performance of the Chief Executive Officer, sets regulations, policies and strategic directions, and monitors the organisation's financial sustainability and performance.

The Board has a number of sub-committees such as the Audit & Risk Committee and the Professional Standards Committee. The Board also forms short-term working groups to oversee key strategic issues, as needs arise.

Board Director: Dr Marcus Thompson AM 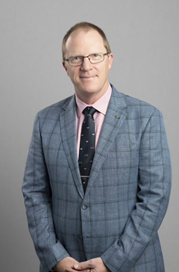 Marcus is a retired Major General who served 34 years in the Australian Army. Graduating from the Royal Military College in 1988, Marcus was allocated to the Royal Australian Corps of Signals. He served in a variety of command, regimental and Special Operations appointments including: Command of the 3rd Combat Signal Regiment; secondment to the Department of the Prime Minister and Cabinet as the Senior Advisor Defence Policy and Operations; Director General Special Operations Capability; Commander 6th Brigade; and deployments to East Timor, Iraq, and Afghanistan. His final appointment was as the inaugural Head of Information Warfare for the Australian Defence Force.

Since leaving the Australian Army, Marcus has founded Cyber Compass Pty Ltd, an independent advisory focused on improving cyber security and developing sovereign Australian capability. He has worked with and supported several Australian entities, including Bank Australia, Macquarie Telecom Group, NAB, Macquarie Bank, ParaFlare, and Melbourne Business School. He is also Chair of the Board of Penten.

Marcus joined Engineers Australia in 2005, was Chartered in 2007, and was made a Fellow in 2015. He has been a speaker and panellist at many Engineers Australia conferences and events, and previously served on both the Sydney and Canberra Division Committees.

Marcus was appointed a Member of the Order of Australia in the 2014 Queen’s Birthday Honours List.

Nick is an experienced non-executive director. In addition to Engineers Australia, he is member of the board of South Gippsland Water and an advisory board member with Infrastructure CoLab. He is managing director of advisory firm, Innergise Pty Ltd, and a faculty member with the Australia and New Zealand School of Government. He is an active thought leader, speaker and author, recognised for his expertise in strategy, innovation and complex problem solving.

His 30-year professional career spans the infrastructure, natural resources, water, mining, energy, defence, social welfare and education sectors in Australia, NZ, the Americas, Asia and the UK. Prior to establishing his own advisory firm, Nick was the Director of Business Innovation at Jacobs Group (Australia). He previously held global roles at SKM including Chief Sustainability Officer and Technology and Innovation Manager, also sitting on Board committees leading strategy and corporate social responsibility. Within industry, Nick contributed as a Director of the Infrastructure Sustainability Council of Australia (ISCA) and Chair of its Technical Standards Committee, and Chair of the Sustainability Taskforce for Infrastructure Partnerships Australia (IPA).

Nick has been a member of Engineers Australia from his undergraduate days and was made a Fellow in 2016. He has an honours degree in civil and environmental engineering and a doctorate in sustainable infrastructure systems from the University of Adelaide, training in strategic foresight from Mt Eliza Business School, and an international corporate governance qualification from the Australian Institute of Company Directors (AICD). He has received almost 20 awards for technical excellence, leadership and innovation. He is passionate about the role of intentional design and engineering in general to resolve big public problems and enable a sustainable society. 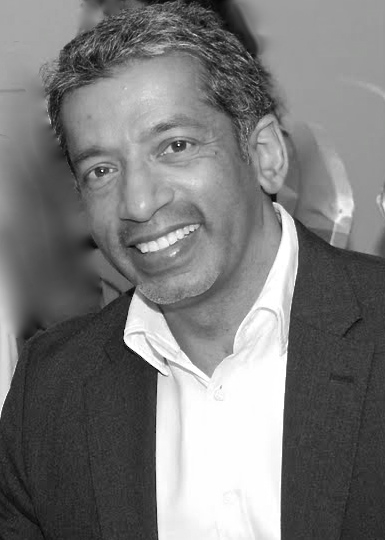 Raj is a full-time non-executive director and a consultant in strategy and assurance. His other current directorships include Corporate Integrity (UK) and The Groundworks Lab, and he is on external advisory boards for Vedanta Resources plc and Australian Groundwater and Environment.

His career spans tenures in government (Water Resources Commission, Department of Mines and Energy), global consulting (ERM) and ASX100 firms (BHP, Rio Tinto and Origin Energy). In addition, he started a boutique ESG and water engineering consultancy and grew it to offices in Australia, Hong Kong, South Africa and the UK, before selling it in 2007. He is a court-accredited mediator for commercial engineering disputes. He has worked in more than 25 countries on most continents of the world on the design, approvals, construction and operation of mining projects and associated infrastructure, the development of large-scale renewables and in corporate ESG leadership roles.

Raj has been a member of EA since 1986, intermittently while his professional career was based in Australia, and was admitted as a Fellow in 2012.

He has authored two postgraduate textbooks; one on professional services company growth (2016) and another on ESG leadership in corporations (2021). In 2015 Raj was an Australian industry delegate to the Paris Climate Change Agreement, and in 2017 presented on eradicating child labour in supply chains at the UN Forum on Business and Human Rights in Geneva. 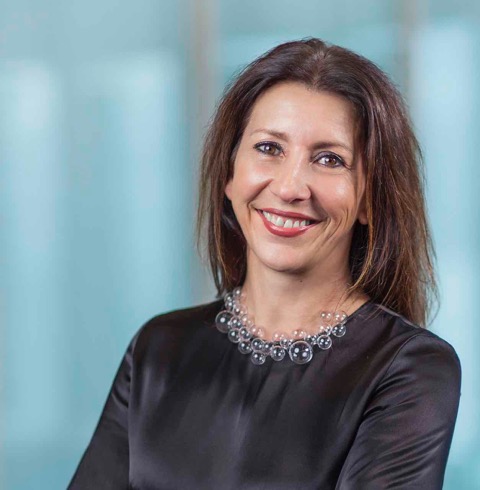 Lucia joined the Engineers Australia Board in 2018 and is in her second term as a director. She chairs the Board Nominations Committee, is a member of the Audit and Risk Committee and is a Director the Australian Engineering Foundation.

In 2018 she was honoured as the Distinguished Alumnus for the Faculty of Engineering at Monash University and in 2019 was named Civil Engineer of the Year by the Department of Civil Engineering. She is a Life Member of the Australian Water Association and a member of Chief Executive Women. 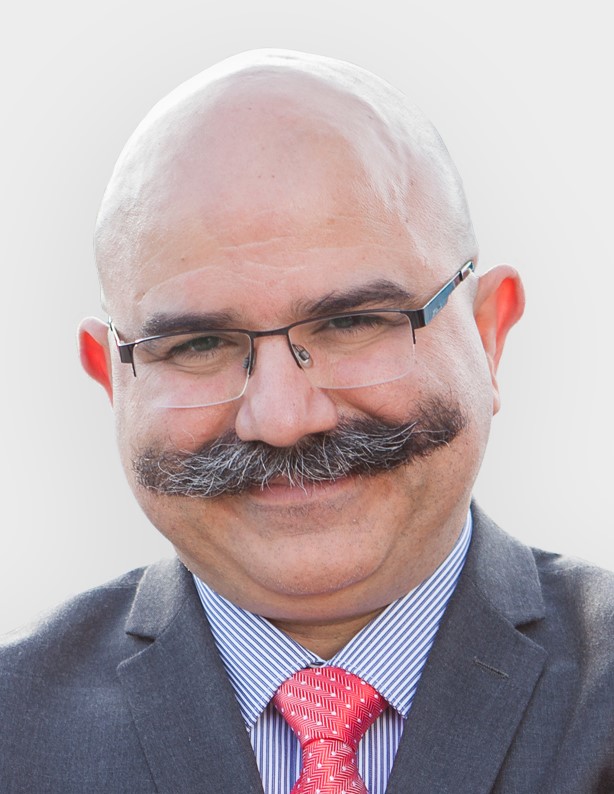 Kourosh joined the EA board in 2021. He is a member of the board's Audit and Risk Committee, Governance Committee, and College Chairs Forum.

Kourosh is a Principal of HKA and leads its Forensic Technical Services in Australia and New Zealand. He was previously the global Managing Director – Design, Innovation and Eminence of Aurecon and a member of its global C-suite from 2017–2020.

Over his 30-year engineering career, Kourosh has played leading roles in the design, delivery, and expert advisory for many complex projects across the globe. His project portfolio includes Wembley Stadium in London, West Kowloon Terminus in Hong Kong, Barito Suspension Bridge in Indonesia and in such projects in Australia as ANSTO OPAL nuclear reactor, the Sydney Hockey Stadium, Melbourne Star Observation Wheel, and Civic Tower, 5 Martin Place and Bankwest Stadium in Sydney, amongst many others. 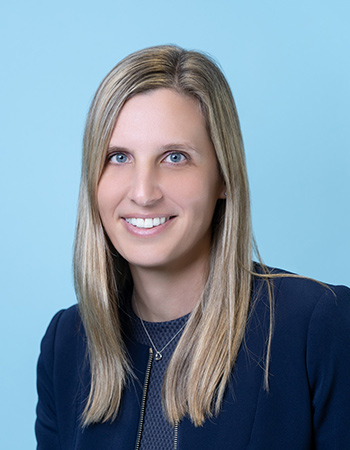 Lisa was appointed to the Engineers Australia board in October 2021.

Lisa is an experienced marketing leader with particular expertise in high growth acquisition, digital technology and branding. She is the Chief Marketing Officer at Tyro, an Australian payments provider and business bank which employs more than 500 people and is listed on the Australian Securities Exchange (ASX).

Prior to Tyro, Lisa’s experience spans high growth companies in financial services, automotive and travel. She has worked in marketing and advertising including brands such as Aussie Home Loans, CMC Markets, Hyundai, Tourism Tasmania, Bankwest, Volvo, and LG.

Lisa is the Founder and Director of 10 Pieces, an environmentally sustainable travel initiative for which she was nominated as a Hero of Travel in 2018. She is also a member of the Marketing Academy’s advisory council and 2020 Alumni, and the University of Technology Sydney’s advisory Board to Advanced MBA students.

Board Director: The Hon. Trish White AM 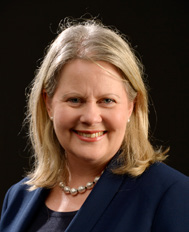 Trish was the National President and Chair of the Board of Engineers Australia for 2018 and 2019 and has served on the board since 2016 (two terms). She is a Fellow of the Information, Telecommunications and Electronics Engineering College, as well as the College of Leadership and Management. Trish holds degrees in Electrical and Electronics Engineering and Arts from University of Queensland, and is a Fellow of the Australian Institute of Company Directors as well as a member of Chief Executive Women. She currently chairs the boards of Engineering Education Australia Pty Ltd and The Moreland Group (TMG) and has chaired the Engineers Australia Audit and Risk Committee, its Board Nominations Committee, the College Chairs Forum and the Engineering Practice Advisory Committee.

Trish is a professional company director, currently serving on the boards of a private ports and logistics operator, national rail regulator and chairs a consortium that is redeveloping three housing precincts in metropolitan Melbourne. She works with growth companies in the manufacturing sector and serves on the executive of the Advanced Manufacturing Forum led by Australian Industry Group. For the last year, she has been leading a consortium to successful establishment of the Heavy Industry Low Carbon Transition CRC. Her previous board experience includes large corporates as well as small start-ups, in the transport, logistics, infrastructure, advanced manufacturing, education, e-commerce and housing industries. She has also chaired the industry advisory boards for university engineering and business faculties.

Trish was Executive Strategic Advisor for WorleyParsons, following a long career as an MP and senior cabinet minister in the SA Government portfolios of Transport and Infrastructure, Urban Development and Planning, Science and Information Economy, and Education. Her earlier career was in Defence Science, and before that she managed national infrastructure projects (transport and telecommunications). She has founded a number of businesses including Slingsby Taylor, professional services and corporate advisory.

Trish has been a member of Engineers Australia for 27 years and has served in many leadership capacities, including the SA Division Committee, Engineering Excellence Awards judging, state Honours and Awards committees and as chair for several conferences and working groups.

She was awarded an honorary doctorate of the University of Adelaide and on Australia Day 2021 was made a Member of the Order of Australia for “significant service to engineering and to the people and parliament of South Australia.”