Society for Engineering in Agriculture

For those focused on agricultural engineering, farm mechanisation and related topics.

About the Society for Engineering in Agriculture

The Society for Engineering Agriculture (SEAg) is a technical society of Engineers Australia.

It was formed to promote and support the application of engineering in agriculture.

The aims of the Society are to:

A SEAg Conference is normally held every two years.

The Society for Engineering in Agriculture has its origins in the Agricultural Engineering Society (Australia), which was formed in Melbourne, in May, 1950. In 1953, it was registered as a non-profit Society under the Companies Act in Victoria. In 1969, Branches were formalised in New South Wales, Victoria and South Australia, followed by Queensland in 1977, and Western Australia in 1985.

The Society was formed to provide a meeting place for the exchange of views and the gathering and dissemination of the latest information relating to farm mechanisation and agricultural engineering.

The Agricultural Engineering Society (Australia) functioned until 1991, when the AESA was disbanded and the Society for Engineering in Agriculture (SEAg) was formed. SEAg is a Technical Society of the Institution of Engineers, Australia, and was formed to promote and support the application of engineering in agriculture.

The Society's journal, 'Agricultural Engineering Australia', was launched in March 1970, and continued publication until 1996. In more recent years, research reports and topics of interest related to engineering in agriculture have been disseminated through the publication "Leading Edge", which is a joint venture with the Australian Centre for Precision Agriculture.

"Leading Edge" appears as a feature insert in three rural magazines (Australian Grain, Australian Sugarcane and Australian Cotton) which are published six times per year. Publication of peer reviewed papers is available to members through the CIGR Journal of Agricultural Engineering Scientific Research and Development, which is available online at the CIGR and accessible through the SEAg website.

A National Committee manages the affairs of the Society on a national basis. This committee is comprised of six elected members, with each member being eligible to hold office for two terms of two years each. State Branches have their own committees, and are responsible for the organisation of events, such as meetings and seminars at a regional level.

The Chairperson of each State Branch holds an ex-officio position on the National Committee. While the Society receives administrative support from the Institution of Engineers, Australia, the work of the National and State committees is carried out by volunteers.

Benefits of a membership

You will be able to keep in touch with current developments in your specialist area and to meet with other interested people. You will also be able to attend the biennial conference at a special member rate.

The Society for Engineering in Agriculture publishes a regular newsletter which appears as a section entitled "Leading Edge" in the publications: Australian Grain, Australian Cottongrower, and Australian Sugarcane (Greenmount Press, Toowoomba). This newsletter provides local and international news related to engineering in agriculture and precision agriculture. The magazines are all published six times a year.

The items which appear in "Leading Edge" are not necessarily the same across all three publications, as the publisher of Australian Grain, Cotton and Sugarcane undertakes some editorial streaming of articles to suit the target audiences of the different publications.

Formal qualifications are not necessary. International membership is welcome.

Membership runs from the 1st July of each year to the 30th of June the following year. There are no pro-rata costs and periods: e.g. if you join in September your membership period runs until the next 30th June.

If you are a member of the Engineers Australia: When filling out your annual subscription forms, in the 'Technical Societies' section, simply tick the box to join SEAg. Your Engineer Australia subscription goes up by the relevant amount, and these funds will later be forwarded to SEAg.

You were previously working on the Future Submarine Project before the contract ended. It's a tough situation, but what advice would you give people who find themselves in a similar position?

Sometimes the best laid plans don't work out. I definitely don't regret joining the program, because I've had the chance to work with a fantastic Franco-Australian team on engineering topics that I like.

Australia is in the grip of an engineer shortage, yet first-of-its-kind research commissioned by Engineers Australia shows a ready-made workforce is being overlooked. 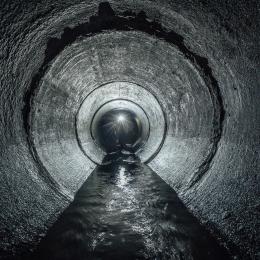 Management and maintenance of sewer tunnels

“If we’re going to meet the targets necessary to pull us back from the brink of the climate crisis it will take cor… https://t.co/Nl8GOcYb3H

"They're working as Uber drivers, they're working in the limited hospitality areas that are available, or they're u… https://t.co/LEKoTLpIKC

With off-the-shelf parts, #artificialintelligence and a little ingenuity, two #engineers have devised a purple box… https://t.co/EQy3HmxFag

It’s one thing to discuss the effects of climate change on the #engineering sector, but to truly understand an issu… https://t.co/2hcm3eOvn8

Australia has the potential to be a hub for #STEM start-ups, but reform is needed to ensure the right structures ar… https://t.co/07gnQQHQwO

An international team led by #engineers from @UNSWEngineering have made a breakthrough in reducing CO2 emissions.… https://t.co/hBXtuKBRFp

Combining the world’s largest solar farm and battery storage facility in the NT, the AAPowerLink will provide marke… https://t.co/hCSwz3vrds

Former US Vice President Al Gore told #eaclimatesmart2021 that he was disappointed by the lack of a new commitment… https://t.co/mN4z13m3Eq