Society for Engineering in Agriculture

For those focused on agricultural engineering, farm mechanisation and related topics.

About the Society for Engineering in Agriculture

The Society for Engineering Agriculture (SEAg) is a technical society of Engineers Australia.

It was formed to promote and support the application of engineering in agriculture.

The aims of the Society are to:

A SEAg Conference is normally held every two years.

The Society for Engineering in Agriculture has its origins in the Agricultural Engineering Society (Australia), which was formed in Melbourne, in May, 1950. In 1953, it was registered as a non-profit Society under the Companies Act in Victoria. In 1969, Branches were formalised in New South Wales, Victoria and South Australia, followed by Queensland in 1977, and Western Australia in 1985.

The Society was formed to provide a meeting place for the exchange of views and the gathering and dissemination of the latest information relating to farm mechanisation and agricultural engineering.

The Agricultural Engineering Society (Australia) functioned until 1991, when the AESA was disbanded and the Society for Engineering in Agriculture (SEAg) was formed. SEAg is a Technical Society of the Institution of Engineers, Australia, and was formed to promote and support the application of engineering in agriculture.

The Society's journal, 'Agricultural Engineering Australia', was launched in March 1970, and continued publication until 1996. In more recent years, research reports and topics of interest related to engineering in agriculture have been disseminated through the publication "Leading Edge", which is a joint venture with the Australian Centre for Precision Agriculture.

"Leading Edge" appears as a feature insert in three rural magazines (Australian Grain, Australian Sugarcane and Australian Cotton) which are published six times per year. Publication of peer reviewed papers is available to members through the CIGR Journal of Agricultural Engineering Scientific Research and Development, which is available online at the CIGR and accessible through the SEAg website.

A National Committee manages the affairs of the Society on a national basis. This committee is comprised of six elected members, with each member being eligible to hold office for two terms of two years each. State Branches have their own committees, and are responsible for the organisation of events, such as meetings and seminars at a regional level.

The Chairperson of each State Branch holds an ex-officio position on the National Committee. While the Society receives administrative support from the Institution of Engineers, Australia, the work of the National and State committees is carried out by volunteers.

Benefits of a membership

You will be able to keep in touch with current developments in your specialist area and to meet with other interested people. You will also be able to attend the biennial conference at a special member rate.

The Society for Engineering in Agriculture publishes a regular newsletter which appears as a section entitled "Leading Edge" in the publications: Australian Grain, Australian Cottongrower, and Australian Sugarcane (Greenmount Press, Toowoomba). This newsletter provides local and international news related to engineering in agriculture and precision agriculture. The magazines are all published six times a year.

The items which appear in "Leading Edge" are not necessarily the same across all three publications, as the publisher of Australian Grain, Cotton and Sugarcane undertakes some editorial streaming of articles to suit the target audiences of the different publications.

Formal qualifications are not necessary. International membership is welcome.

Membership runs from the 1st July of each year to the 30th of June the following year. There are no pro-rata costs and periods: e.g. if you join in September your membership period runs until the next 30th June.

If you are a member of the Engineers Australia: When filling out your annual subscription forms, in the 'Technical Societies' section, simply tick the box to join SEAg. Your Engineer Australia subscription goes up by the relevant amount, and these funds will later be forwarded to SEAg. 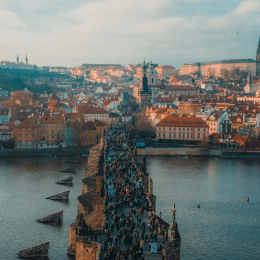 The circular economy and its relevance to bridge design 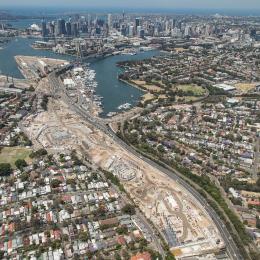 Learnings from a complex construction project in the heart of Sydney

Start time: 6:00pm AEST. Rozelle Interchange engineers will provide insight into the challenges, innovations and achievements on the project. 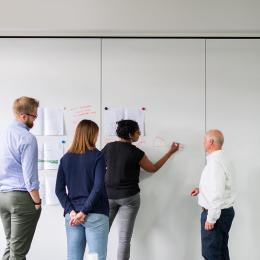 Start time: 5:00pm AEST. In this YEA Collaboration Series webinar, we will provide techniques and tools to enhance and build your network relationships throughout the project lifecycle with a collaborative approach for effective project management and delivery. 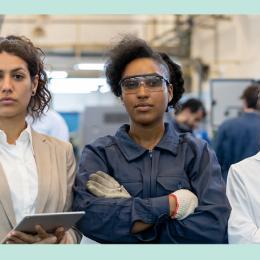 Start time: 7:30am AEST. Imagine the Future - June 23 signifies worldwide recognition to women engineers for their work and achievement in the flourishing industry.

A new Area of Practice will provide construction engineers with a competitive edge and raise the bar across the sec… https://t.co/dwlM52YaIo

"We want to help kids understand how science and maths can lead to a really exciting and inspiring and interesting… https://t.co/NttjqePQTY

Inspired by aviation, this Adelaide engineer has built a radial engine with capabilities limited only by the imagin… https://t.co/liqhvm2r2d

We're bidding a fond farewell to our fearless CEO @DrBronwynEvans, on her last day on the job. As an exceptional l… https://t.co/IuL3d9jav2

The COVID-19 pandemic and a federal election have underlined the significance of enhancing Australia’s sovereign ca… https://t.co/IELSUXa6SR

WWI is often associated with the brutalities of trench warfare, but under No Man’s Land complex tunnels were devel… https://t.co/uThFfEY2OD

To celebrate #EarthDay we have created a list of seven books and podcasts to immerse yourself in all things climate… https://t.co/pnDyLA5bq0