A bright SpAARC in the west

Western Australia will soon be home to this country's first centre focused on space automation, artificial intelligence and robotics and as a result will create high-tech jobs in these fields.
News Image 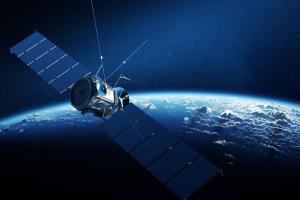 Western Australia will soon be home to this country's first centre focused on space automation, artificial intelligence and robotics and as a result will create high-tech jobs in these fields.

While relatively unknown in in Australia, Fugro operates in 61 countries and has 10,000 employees. It specialises in geo-data and collecting and analysing information about the Earth and the structures built on it. When complete, SpAARC will support small businesses, start-ups and researchers in controlling robotics activities in space, including the servicing of satellites in orbit, according to Fugro.

Head of the ASA, Dr Megan Clark, said the new facility would encourage more research and development of remote asset management capabilities for space and create more high-tech jobs in robotics and automation. These will have a flow-on effect and benefit other industries such as mining, emergency services, agriculture and maritime surveillance, Dr Clark said.

Fugro CEO, Mark Heine, revealed the company had been rapidly delivering its own digital transformation in recent years, with a strong focus on remote and autonomous operations and AI. He said the project would build on their existing capabilities especially in satellite positioning and remote operations being applied to robotics in space.

Fugro has two offices in Western Australia, having opened its first Perth branch in 2008. The company also has operations in Queensland, and in South Australia where the ASA opened its office in February 2020. The ASA's goals include tripling the size of Australia's space industry by 2030 to create 20,000 jobs.